(IYAA) INTERNATIONAL YOUNGSTERS ARTIST ASSOCIATION IYAA, the concept of "Cultural Association launched in the French city of Lyon, the establishment of law and development in Hongkong (international registration number 2438568; Registration No. 66780890-000-10-16-8).

The International Association of youth artists dedicated to promoting global young children in the field of art development, mining the value of young children in all aspects of the artistic attainments, providing young children showcase artistic talent opportunities and platforms, is a respected and valued academic, professional and personal, and have an open, interactive international culture and art exchange platform.

Absorbs and organizes members to participate in and implement all kinds of cultural and artistic activities organized by this association;

Has worked hard to help all young children's art education organizations in the world carry out and implement all kinds of beneficial cultural, artistic and cultural recreational activities.

Combines the various authoritative media to assist local governments in the implementation of young people's cultural and artistic activities conducive to world peace and development, and promotes understanding through cultural exchanges;

Provides valuable help to young and young children with disabilities or poverty in different countries;

Award in recognition of the value contribution of art creation, art theory, art education and other elite workers or groups;

Comply with the laws of all countries, fully understand the local ethics, respect for cultural differences, and safeguard the legitimate rights and interests of members and artists in accordance with international law;

organize and carry out any other affairs related to this association.

P2. The nature of this association is committed to promoting the global young children in the field of art development, mining the value of young children in all aspects of the artistic attainments, providing young children showcase artistic talent opportunities and platforms, is a respected and valued academic, professional and personal, and have an open, interactive international culture and art exchange platform.

P3. The purpose of this association: open and fair, based on life, respect for individuality, reflect values, open exchanges, art club, to promote the prosperity and development of the global young people's art career.

P4. The Association initiated an initiative in France, legally registered by the government of the Hongkong. It has officially established the China (China) office.

P6. The business scope of this association:

1. Absorb and organize members to participate in and implement all kinds of cultural and artistic activities organized by this association.

2. To help all young people's art education organizations in the world to carry out and implement all kinds of useful cultural, artistic and cultural recreational activities.

3. The joint authority of the media to assist local governments in the implementation of world peace and development of young cultural and artistic activities, through cultural exchanges to enhance understanding,.

4. Provides valuable help for young children with disabilities or poverty in different countries,.

7. Comply with the laws of all countries, fully understand the local ethics, respect for cultural differences, and safeguard the legitimate rights and interests of members and artists in accordance with international law.

8. To organize and carry out any other matters related to the Association.

P7. Types of members of this association:

Disclaimer: any individual or organization with any political or religious purpose is prohibited from joining the Association.

a. Individual members are divided into three levels:

Youth, children, art organizations (schools, studios, training centers, etc.) all over the world (including regions), and are enthusiastic about supporting various groups of young people's cultural and artistic undertakings.

P8. Members applying for membership of this association must meet the following conditions:

2. There is no criminal record.

3. Citizens with a high artistic background or theoretical level or organizational capacity may apply to join individual members.

5. You or your group representative should fill out the application form and submit the relevant materials.

1. Submit an application for admission.

P10. Members shall have the following rights:

b. Participates in activities organized by this association and enjoys the services provided by the association to support and reward.

c. Have the right to criticize, advise and supervise the work of this Council.

d. Free access to the Journal of the association and information (including paper and electronic version).

e. An ordinary member of the International Young Artists Association, once recommended a work (which could be his own work) to participate in the IYAA international competition for free.

P11. Members can enjoy cooperation with this Council, agents, designated cooperation services provided by the preferential.

1. Supports the Charter of the association and implements the resolution of the Council,.

2. Maintain the legal rights and reputation of this association.

3. Complete the work assigned by this meeting,.

4. Pay the membership fee according to the regulations.

5. Will reflect the situation, provide relevant information and support.

P13. Members have the freedom to enter and retreat. The returning party should report this association in written form and return the membership card. If the member does not pay the membership fee according to the regulations, it will be regarded as an automatic withdrawal meeting.

P14. If a member has a criminal record and acts in violation of this Charter, the association shall have the right to be removed.

1. The member congress is the highest authority in this Council.

3. The members' congresses are elected to the Council.

4. The members' Congress shall hear, examine and approve the work report given by the chairman.

5. The members' congresses are held every five years.

6. The rules of procedure for the general assembly of the members are that the minority is subordinate to the majority, and the resolution is approved by the 2/3 representatives.

1. The Executive Council is elected by the Council to form a standing board.

2. During the sessions of the member congresses and the Council, the Executive Council exercises its powers.

3. Elected by the standing board, chairman, executive chairman, Secretary General.

4. The Executive Council meets once a year; special cases may also be held in the form of communication.

The duties of the president of the association:

1. Preside over the Council (or the Executive Council).

2. To check the implementation of the resolution of the Council (or the Executive Council).

4. Decide on other important matters of the Association.

The term of office of the president of the association is five years, and may be re elected.

b. Executive chairman of the Association

The functions of the executive chairman of the association:

Implementing the resolutions of the Standing Council.

Participate in important matters of proposals and decisions, but there is no vote and veto.

Participate in activities on behalf of the Association.

c. The association's office is the Secretariat, with 1 Secretariat secretaries and several deputy secretaries general. The secretary general is nominated by the chairman and approved by the Executive Council.

Duties of the Secretary general:

1. Preparation of the Executive Council of the association, the Council, members of the Congress.

2. Report the work and financial situation to the Standing Council.

3. A proposal for the establishment of an office, a branch, a representative body, and an entity.

4. Nomination of under secretary general, list of principal heads of agencies.

5. Leading the institutions of this association to carry out their work.

7. The relevant documents are signed by the chairman on behalf of the Association.

8. Take care of other routine matters.

P19. The founder of this association is the honorary chairman of lifetime achievement.

b. Qualifications of an expert committee member:

1. Must be an individual member of this association.

2. An expert or scholar who has high academic attainments and has considerable influence in a certain field.

c. The term of office of an expert committee shall be five years, may be re elected and made outstanding contributions to the association, and may be appointed as a lifelong member by the approval of the Executive Council.

d. Procedures for the appointment of an expert committee member:

1. Recommended by a member of the committee, it was discussed and approved by the Committee of experts.

2. An appointment form of expert committee shall be issued by the president of the Association.

e. The head of the expert committee is elected directly by the members of the committee, and each term of office is five years and may be re elected.

The expert committee is presided over by the director.

P21. Sources of funding for this association:

P22. This association collects membership fees in accordance with the relevant national and international conventions.

P23. The funds of this association shall be used for the development of the business scope and undertakings stipulated in this Charter, and shall not be distributed among the members.

P24. The association establishes a strict financial management system to ensure that the accounting information is legal, authentic, accurate and complete.

P26. The association's assets, any unit and individual shall encroach upon, dividing and misappropriation.

P27. The wages, insurance and welfare benefits of full-time staff members of this association shall be governed by the relevant international practices.

P28. If the association meets its purpose or dissolves itself or needs to be cancelled due to separation, merger or other reasons, the termination of the motion shall be submitted by the Executive Council.

P29. Prior to the termination of this association, a liquidation organization shall be established under the guidance of the accounting firm concerned to clean up the creditor's rights and debts and deal with the aftermath.

P32. The interpretation of the articles of association is owned by the Association.

P33. This regulation comes into effect on the date of approval of the registration of this Council.

The expert review committee of IYAA adheres to the principles of fairness, impartiality, openness and active efforts to discover talents and cultivate talents, and participates in the activities and events of the International Young Artists Association.

We seriously, to recommend the elected by the IYAA expert committee young artists, in the premise of IYAA players voluntarily, by assisting the auction to help artists realize the market value of the works.

Want to know more about IYAA? 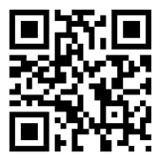 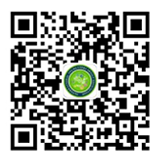 INTERNATIONAL YOUNGSTERS ARTIST ASSOCIATION(IYAA) is a non-profit international organization. The concept of culture and Art Association launched in France "cultural city of Lyon, the establishment of law and development in Hongkong (international registration number 2438568; Registration No. 66780890-000-10-16-8).IYAA by carrying out adolescent children's charity art competition with international influence, art exhibition, art auction and other activities improve the understanding of the culture, but also create new contributions and new value. We are together with you children's art of common development and prosperity of the world and make unremitting efforts.